There are two different paths folks take in writing. Some folks use stand in brands, such as MyFace, while others will use the actual brand names, such as Facebook. I personally prefer when real names are used. There is a problem with this approach, however. Let’s look the the example I used earlier, but say that instead of Facebook, the writer used MySpace. If you’re reading it today, the book instantly feels dated. 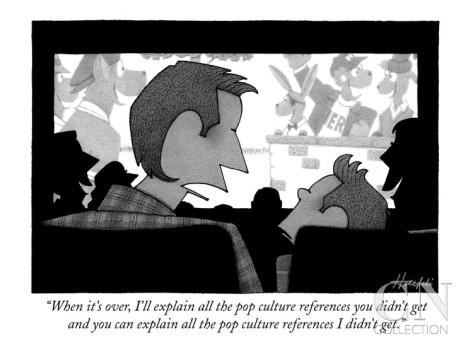 I was actually reading a book that came out fairly recently. The book specifically mentioned Radio Shack a few times. Radio Shack closed all its stores in 2015, and thus the book itself becomes something of an oddity. Despite the fact that it is supposed to take place in contemporary times, the book is stuck taking place during or before 2015.

When mentioning brands and technology/websites, it is important to keep it vague. For example, using MyFace may sound fake and stupid, while using Facebook may make it dated once Facebook dies, which it inevitably will (though it looks like it’ll be around for the time being). The compromise would be to call it simply a social media site. That type of site will always be around and will not be outdated. (Then again,  if you think your book has a shelf life of ten years or so with relative certainly that Facebook or Google will still be around then, by all means just go for it.)

You’ve got to be careful using pop culture references. Never use a modern pop culture reference. You don’t know if it’ll stick in the public contentiousness, and it could make your book outdated within a year of its release (please don’t quote Borat). It’s best to stick with older ones that have stood the test of time, like Star Wars or Back to the Future (basically, the 80’s is pretty safe). In the book I mentioned above, with the Radio Shack reference, there’s actually a line that reads “[a]ll four Pirates of the Caribbean movies posters.” Which was accurate when it was written and accurate now. But with a fifth film coming out soon, its about to date the book. So when it comes to referencing a movie series, try to use something that’s been long finished.

Then again, who could’ve ever predicted there’d be more Star Wars? (Basically, unless you’re writing a period piece, you can follow all the rules and still get screwed.)