Continuing from my previous post, I will be looking at my favorite Batman comics, in preparation for Batman 5 Superman. 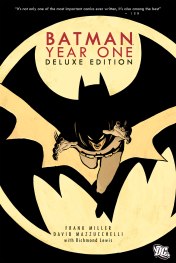 Batman: Year One
A classic origin tale. Yes, it’s a story you already know (unless you’re my wife, who thought Batman was raised by bats), but it’s still a Batman must-read. There was an animated movie of the same name made, which was a shot-for-shot recreation of the comic.

Batman: The Long Halloween and Dark Victory
Two great mystery stories that are best read together, and pick up on threads from Batman: Year One, as well as including the origin of Two-Face and Robin. 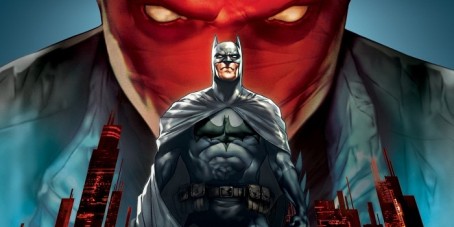 Batman: Under the Red Hood
A great story about the return of an old Batman character  though it’s much better to read this after reading Batman: A Death in the Family, as it builds directly off that. There’s also a PG-13 animated movie version that’s arguably better than the comic, and incorporates the relevant parts of Death in the Family. 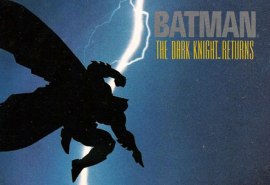 Batman: The Dark Knight Returns
A classic Batman story set in the future with Bruce as an old man. This redefined Batman, making him dark and serous at a time he was associated with campiness. There’s a PG-13 animated movie of the same name that is basically a shot for recreation of the comic, and runs at over two hours long. The Dark Knight Returns and Batman 5 Superman also seem to be based loosely on this comic. 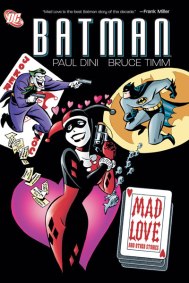 Paul Dini was a writer for the brilliant Batman: The Animated Series. He wrote a number of amazing issues of Detective Comics, with most of the stories being really enjoyable one-and-done stories that can easily be enjoyed by first time readers and fans alike. His short stories are collected in Batman: Detective,Batman: Death and the City, and Batman: Private Casebook. He also wrote the fantastic Batman: Mad Love, Batman: Harley Quinn, and Batman: Harley and Ivy. A number of his stories (although not even close to half) have been adapted into episodes of Batman: The Animated Series, often with the adaptations being just as good, if not better. 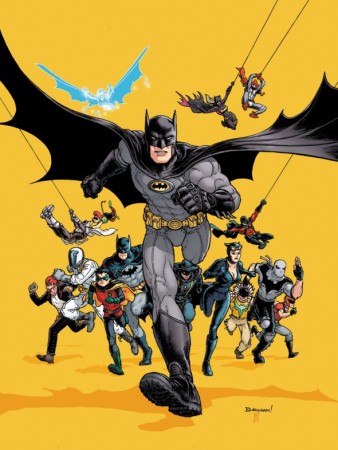 This is the most confusing comic on the list. You’ve got to have intimate knowledge of the DC Universe to enjoy this one, and it’ll require lots of flipping back to earlier stories as his entire 7-year story. It introduces a new Robin, two new Batmen (including one of my favorite), and draws from every era of Batman. The story starts off in ‘Batman and Son’ and continues into ‘Batman: The Black Glove’ (both of which are included together in Batman and Son: New Edition for a significantly cheaper price) Then there’s Batman RIP, the admittedly very confusing Final Crisis, Batman and Robin Volume 1 and Volume 2, Time and the Batman, Batman: The Return of Bruce Wayne, Batman and Robin Volume 3, Batman Inc. volume 1, then another volume 1 (confusing, isn’t it?) and finally volume 2, to finish off the story. Some of this story have been adapted into various animated movies, but they range from awful to merely mediocre. Stick to the comics for this one.

This is far from a completed list, but it’s enough for now. Do you have any favorite Batman or Superman comics?